We often get asked what the towing capacity of a tow bar is, but it is your car that determines what you can tow safely and legally.

The exact towing capacity figure that should be used for your vehicle is that which is stamped on the Vehicle Identification Number Plate (VIN Plate). The VIN plate can usually be found under the bonnet or on a door pillar and details of the location will be in the owner’s handbook.

The VIN plate will display either 3 or 4 sets of weights.

To calculate the recommended maximum towing capacity for your vehicle is the gross vehicle weight (A) subtracted from gross train weight (B).
On the above example 4200kg – 2505kg = 1695Kg

In addition for safe towing it is recommended by many towing experts that a novice should keep the fully laden weight of the caravan no heavier than 85% of the kerbweight of the tow car. This is known as the 85% rule. Bear in mind that it is a guide and not legally enforceable.

To calculate this, you need to know two key figures: the kerbweight of the car and the maximum mass of the caravan (called ‘maximum technically permissible laden mass’, or MTPLM).

If the mass of the caravan is 85% or less of the car’s kerbweight, the car will tow it with ease.

If it’s between 85% and 100%, be careful – only experienced caravanners should use that car to tow such a heavy van.

Did you know?
Certain performance, hybrid and city-car models or similar variants of standard models are not homologated to tow, including some cars with panoramic sunroofs, this means that the vehicle manufacturer has deemed that the model is unsuitable for use as a tow vehicle. With this type of vehicle, the towing capacity will equate to zero or a gross train weight will not be displayed.

15 thoughts on “Do you know how to check your towing capacity?”

We are fully open.  Appointments must be pre booked by via email sales@motabars.co.uk 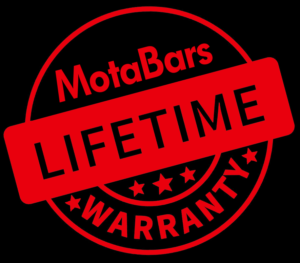 Anne-Marie Harrison
2022-05-17T16:36:00+0000
First time needing to get a towbar and the mobile guy we... were going to use let us down, thankfully I found motabars and they were able fit me in straight away, amazing friendly service and amazing quality of work I will be recommending you to everyone I know thank uread more